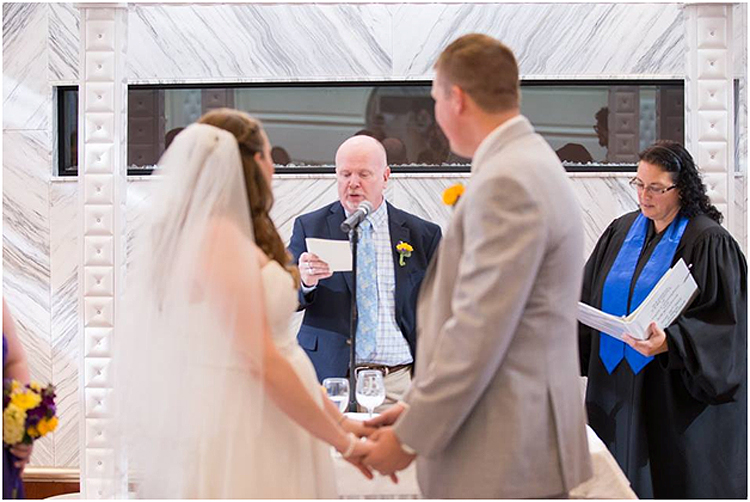 Paul: The first letter to the Corinthians: “the greatest of these is love”

Love never ends. If there are prophecies, they will disappear; if there is ecstasy,
it will cease; if there is knowledge, it will vanish….. But faith, hope and love remain
forever, these three; and the greatest of these is Love.

You will reciprocally promise love, loyalty, and matrimonial honesty. We only
want for you this day that these words constitute the principle of your entire
life; and that with the help of the divine grace you will observe these solemn
vows that today, before God, you formulate.

The LORD God took the man and put him in the Garden of Eden to till it and
keep it. And the LORD God commanded the man, saying, “You may freely
eat of every tree of the garden; but of the tree of the knowledge of good and
evil you shall not eat, for in the day that you eat of it you shall die.” Then the
LORD God said, “It is not good that the man should be alone; I will make him
a helper fit for him.” So out of the ground the LORD God formed every beast
of the field and every bird of the air, and brought them to the man to see what
he would call them; and whatever the man called every living creature, that
was its name. The man gave names to all cattle, and to the birds of the air,
and to every beast of the field; but for the man there was not found a helper fit
for him. So the LORD God caused a deep sleep to fall upon the man, and
while he slept took one of his ribs and closed up its place with flesh; and the
rib which the LORD God had taken from the man he made into a woman and
brought her to the man. Then the man said, “This at last is bone of my bones
and flesh of my flesh; she shall be called Woman, because she was taken out
of Man.” Therefore a man leaves his father and his mother and cleaves to his
wife, and they become one flesh.

But Ruth said, “Entreat me not to leave you or to return from following you; for
where you go I will go, and where you lodge I will lodge; your people shall be
my people, and your God my God; where you die I will die, and there will I be
buried. May the LORD do so to me and more also if even death parts me
from you.

Whoso findeth a wife findeth a good thing, and obtaineth favour of the LORD.

Two are better than one; because they have a good reward for their labour.
For if they fall, the one will lift up his fellow: but woe to him that is alone when
he falleth; for he hath not another to help him up. Again, if two lie together,
then they have heat: but how can one be warm alone? And if one prevail
against him, two shall withstand him; and a threefold cord is not quickly
broken.

Set me as a seal upon your heart, as a seal upon your arm; for love is strong
as death, jealousy is cruel as the grave. Its flashes are flashes of fire, a most
vehement flame. Many waters cannot quench love, neither can floods drown it.
If a man offered for love all the wealth of his house, it would be utterly scorned.

He answered, “Have you not read that he who made them from the beginning
made them male and female and said, for this cause shall a man leave father
and mother, and shall cleave to his wife: and they twain shall be one flesh?
Wherefore they are no more twain, but one flesh. What therefore God hath
joined together, let not man put asunder.

But from the beginning of creation, God made them male and female. For
this reason a man shall leave his father and mother and be joined to his wife,
and the two shall become one flesh. So they are no longer two but one flesh.
What therefore God has joined together, let not man put asunder.” … And
they were bringing children to him, that he might touch them; and the disciples
rebuked them. But when Jesus saw it he was indignant, and said to them,
“Let the children come to me, do not hinder them; for to such belongs the
kingdom of God. Truly, I say to you, whoever does not receive the kingdom of
God like a child shall not enter it.” And he took them in his arms and blessed
them, laying his hands upon them.

On the third day there was a marriage at Cana in Galilee, and the mother of
Jesus was there; Jesus also was invited to the marriage, with his disciples.
When the wine failed, the mother of Jesus said to him, “They have no wine.”
And Jesus said to her, “O woman, what have you to do with me? My hour has
not yet come.” His mother said to the servants, “Do whatever he tells you.”
Now six stone jars were standing there, for the Jewish rites of purification,
each holding twenty or thirty gallons. Jesus said to them, “Fill the jars with
water.” And they filled them up to the brim. He said to them, “Now draw some
out, and take it to the steward of the feast.” So they took it. When the steward
of the feast tasted the water now become wine, and did not know where it
came from (though the servants who had drawn the water knew), the steward
of the feast called the bridegroom and said to him, “Every man serves the
good wine first; and when men have drunk freely, then the poor wine; but you
have kept the good wine until now.” This, the first of his signs, Jesus did at
Cana in Galilee, and manifested his glory; and his disciples believed in him.

Therefore be imitators of God, as beloved children. And walk in love, as
Christ loved us and gave himself up for us a fragrant offering and sacrifice to
God…Be subject to one another out of reverence for Christ. Wives, be
subject to your husbands, as to the Lord. For the husband is the head of the
wife as Christ is the head of the church, his body, and is himself its Savior. As
the church is subject to Christ, so let wives also be subject in everything to
their husbands. Husbands, love your wives, as Christ loved the church and
gave himself up for her, that he might sanctify her, having cleansed her by the
washing of water with the word, that he might present the church to himself in
splendor, without spot or wrinkle or any such thing, that she might be holy and
without blemish. Even so husbands should love their wives as their own
bodies. He who loves his wife loves himself. For no man ever hates his own
flesh, but nourishes and cherishes it, as Christ does the church, because we
are members of his body. “For this reason a man shall leave his father and
mother and be joined to his wife, and the two shall become one flesh.” This
mystery is a profound one, and I am saying that it refers to Christ and the
church; however, let each one of you love his wife as himself, and let the wife
see that she respects her husband.

Put on then, as God’s chosen ones, holy and beloved, compassion, kindness,
lowliness, meekness, and patience, forbearing one another and, if one has a
complaint against another, forgiving each other; as the Lord has forgiven you,
so you also must forgive. And above all these put on love, which binds
everything together in perfect harmony. And let the peace of Christ rule in your
hearts, to which indeed you were called in the one body. And be thankful. Let
the word of Christ dwell in you richly, teach and admonish one another in all
wisdom, and sing psalms and hymns and spiritual songs with thankfulness in
your hearts to God. And whatever you do, in word or deed, do everything in
the name of the Lord Jesus, giving thanks to God the Father through him.
Wives, submit yourselves unto your own husbands, as it is fit in the Lord.
Husbands, love your wives, and be not bitter against them.

Back to Readings and Poems | Back to Sample Ceremonies